October 28, 2014
I've always said, "Giftedness can get you places, but character will keep you there," for more on that, click here.
I believe that statement. But one of the toughest aspects of leading younger people who want to be in ministry is teaching them that being developed sometimes means limiting the use of "gifts." This can be viewed as hindering them, misunderstanding them, devaluing them...on and on. Now, to be clear, we don't want to (and cannot) unnecessarily hinder God using people. But, in leadership there is a balance. And this can be a relationally tough line to walk sometimes.
Here's the consistent bottom line issue I've seen the past decade or so: Millennials (and in many cases anyone who wants to be developed for ministry) can view the Church as an object where their "gifts" are developed rather than a subject they humbly serve. In other words, in the former view, the "gifted" person is at the center of the equation whereas in the latter view, other people (i.e. the Church) are in the center. 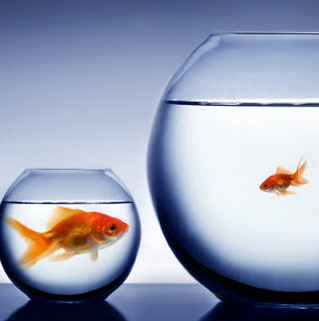 The discipleship battle is really felt when someone thinks that to be developed for ministry means they should gain more exposure to decision making, they should gain more influence over people (particularly in teaching) and they should have more experiences in developing their giftedness. Those aspects can be and most often are part of developing people for ministry. However, experience in these ways can NEVER be a hindrance to developing character in someone. And, sometimes, limiting their exposures is what is best for the development of them as a human being. In my view, developing the person for ministry is less about giftedness and more about the leadership heart. And this is less and less cliche for me. In the development process there are many battles to be fought..most of which are not chosen by the younger person being developed.
Too often I see the development of giftedness being at the center of "leadership development." And, well, I think this is detrimental to those being developed. Being short-sited in the development of leaders in this way, in my mind, is simply poor leadership. Developing people includes both sides, but even though God using someone in the life of other people (i.e. gifts) is important, I happen to think God is more concerned about the heart of the person we are leading.

Popular posts from this blog

Put A Face On Them

April 17, 2018
We all know how divided our world is. Not surprising for anyone. But how to navigate this context does seem foreign for most. I have many thoughts on this, but here I will issue one in hope of providing help for someone. For now I will simply say this: put a face on the person. It is so easy to talk about people that hold a different position than you do as some sort of "category." But these are real human beings we are talking about. People who have a history that informs and shapes their views - just like you and me. These are people who are created in the image of God and loved deeply - regardless of belief or creed - and therefore have dignity and deserve respect. It's funny. The people that tend to criticize others over an issue tend to be those who don't have a loving relationship with someone holding the view being criticized. This means there is no empathy. It means the practice of listening is almost impossible. With no relational contact the argument
Post a Comment
Read more

5 Of The Coolest Things You Can Buy On Amazon

March 25, 2018
The last post showed 5 of the weirdest things you can buy on Amazon. So I thought I would do a post with 5 of the coolest/interesting things I found you can buy. They are not necessarily the most practical things in the world, but worth checking out. A 3D food printer! Make a pancake in any shape you want. See it here . Ever had a Dip 'n Dot? This makes them...my girls would love this. See it  here .  Pour a bottle of wine...without removing the cork? Easy and keeps it fresh longer.  See it here .  Never drop something between your seat and console again. Super practical.  See it here .  Unicorn meat. Yeah, you read that correctly. Might be a gag gift?   See it here .
Post a Comment
Read more

5 Of The Weirdest Things You Can Buy On Amazon

March 22, 2018
I can't believe some of these things really exist...but they do! They are real and they are actually for sale. Incredible. If nothing else, check them out and if you want a real kick skim through the reviews and check out the "Frequently Bought Together" section...pretty funny. Enjoy. A life sized stick-on wall mural...of a woman using an inhaler (what?!). See it  here . 25 recipes...for cooking a placenta. What in the world?!! See it here . Did you know gummy bears have skeletons? Yeah, this 4D puzzle will teach you about it. Ha! Wanna buy a dozen Madagascar Hissing Cockroaches? Welp, here you go. See it here . Need a 6ft tall, 147 lb Bigfoot Yeti Statue for your garden? Well, now you can get it here .
2 comments
Read more